Since 2006, Twitter users have been scrolling through their feeds, shooting off a DM or two, checking in on the latest trends, tapping to favorite or to retweet or, if they are feeling really passionate—both. Yes, one could say the Twitterverse is a happening place, hooked together hashtag by hashtag… unless, of course you run into a FailWhale and all goes gray. Now, that’s a bad day. You know what I mean? 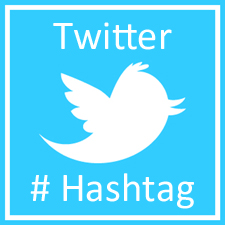 In all honesty, you probably don’t. To you, all of that—whatever that was—is just gobbledygook, a foreign language created by and for a foreign generation. Hipsters, Millennials, whichever you prefer, are the ones sending this bird-inspired social networking soaring to new heights. Unfortunately, those altitudes are often above your level of understanding, but, not for long.

Below is a glossary of 80 Twitter terms, covering everything from the basics to its shorthand and slang, from trouble you should look out for to the tools at your disposal. So, put an end to your ceaseless Google searches and let this list be your guide into a much more pleasant Twitter experience, Twitter translated.

The ever expanding world of Twitter and slang used to communicate with each other will only continue. These are just a few of the terms that are being used today, tomorrow is a whole other story.