How Is Tiger Woods Golf Game like Running a Small Business?

Tiger Woods golf game is just like running a small business. How? You might be surprised at the similarities of the game of golf and marketing... 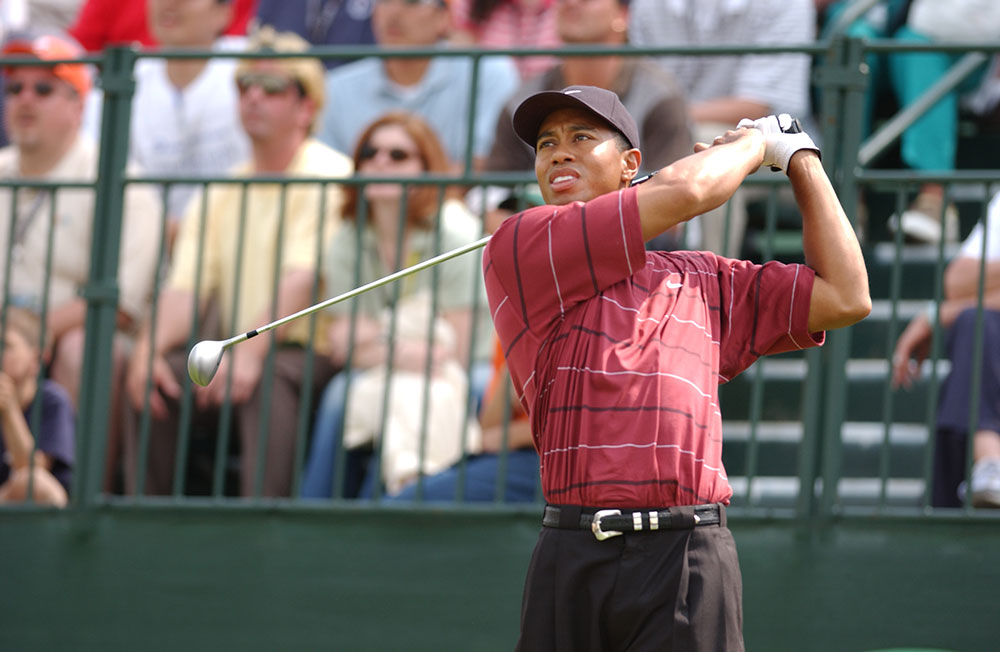 You may be thinking…what on earth is this guy talking about? Tiger Woods playing golf and running a small business? What’s next, comparing Alex Rodriquez and Hank Aaron! C’mon!

But if you stay with me for a moment, I’ll outline some parallels about what is currently happening with Tiger Woods’ golf game and the running of a small business. 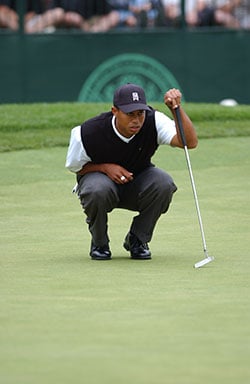 As I write this article, Tiger Woods has just shot an opening-round 10 over par at the 2015 U.S. Open. It is one of the worst rounds of golf he has ever shot in a major championship. In the previous tournament before the U.S. Open, the Memorial, Tiger shot a round of 85. It was the worst round of his career. It’s fairly safe to say that Tiger has lost his game! He is arguably the greatest golfer the world has ever seen. I say arguably because he has not eclipsed the great Jack Nicklaus’s major tournament win total of 18, and he may never get his game back.

So what does Tiger’s troubled golf game got to do with running a small business? A lot, actually.

Getting to the top

Tiger’s rise to the top of the golf world is very much like how a business grows and becomes profitable. The more hard work you put in, the greater the reward is likely to be in the future. Tiger’s mental focus on the fundamentals of the game, his creativity around the greens, and his mental toughness in competitive situations took him to the top of his profession.

Building a small business takes a very similar path to become successful. Hard work, focusing on what you do best and improving it, analyzing what works and what does not, as well as strategic planning and financial responsibility, are all parts of the process of getting to the top.

Tiger already had great talent. You also had to have the talent to open up a business. ( Your friends and relatives may have said stupidity, but hey, it comes with the territory!) In both situations, the desire to succeed and the willingness to concentrate on the factors that make you good at what you do, are the recipes for success.

Get the help you need

Tiger also brought in swing coaches, like Butch Harmon, when he felt he needed to get to the next level. He developed a strong relationship with the people that helped make him successful at his job, like his caddie Steve Williams. He wasn’t afraid to ask for help. He didn’t rest on his laurels even after he won major trophies and made it as the number one golfer in the world. He wanted to get better and better.

Surrounding yourself with talented people will help your business become more successful. Finding the gaps in your own business, where others can help take you to the next level, will solidify your operational capacity and prepare you to take on more challenging work. You can’t do everything! Bringing in expert outside help to address the areas where you feel weakest, much as Tiger did, is not a sign of weakness, but rather a sign of wisdom.

You’re at the top. Your team is happy and motivated. The business is profitable and the future looks bright. Then, all of a sudden, you ram your SUV into a tree because your wife is chasing you with a golf club! 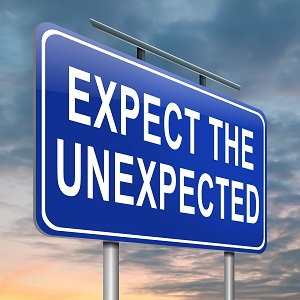 Well, it probably won’t happen quite like that for your business, but something will happen. Maybe you lose a big client, a key employee leaves the business, you develop health issues and have to step back, or you suffer divorce and the fallout is painful.

The point is…personal issues and business problems will eventually hit you. The important thing is how you handle them when they come. If you look back on Tiger’s career, you can pretty much look back to that one SUV incident and say that was the beginning of the end. Sure, he has won a major or two since then and a few tournaments, (I think he even made it back to the number one spot in the world at one point) but he is currently nowhere near the golfer he used to be.

Since the philandering, the divorce, fatherhood, reinventing himself, being a boyfriend and now single guy, Tiger has been looking for a golf game and can’t find one.

When your business hits problems, how will you handle them? Many experts believe Tiger has been listening to too many people over the years. New swing coaches have been telling Tiger what he has been doing wrong and what he needs to do to fix it. The old saying, “Too many cooks, spoil the broth,” maybe a valid description of what has happened to him.

If you’re in a storm in a teacup, step back! Don’t make decisions based on what every Tom, Dick, and Harry he is telling you to do. Remember, what got you there! Remember how good you are at what you do, listen to your own voice. Seek help from the people you trust and have relied on in the past to move you forward. Ultimately, it’s your decision. At the end of the day, your opinion is the only one that matters and the only one you can truly rely on. Maybe, that’s what Tiger needs to do.

As Tiger Woods tries to figure out what he needs to do to get back to winning major championships, your business needs to know the direction it is heading in at all times. Even if you suffer from a catastrophic demise, like Tiger or Alex Rodriguez, you can make it through. Look at how Yankee fans seem to have already resurrected Alex’s career. He has been producing home runs and helping the team win. So now, it is…Steroids? What steroids?

Whether it's bankruptcy, divorce, or losing clients, if the spirit and desire are still there to get back to the top, then you can start again and still make it.