There is a new Facebook scam going on right now! Watch out you could get scammed out of a lot of money. How can you avoid getting scammed on Facebook? 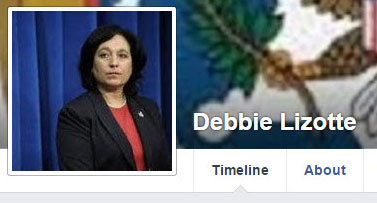 There is a new Facebook scam going on right now! Watch out you could get scammed out of a lot of money.

Today, July 24, 2015, my wife received a Facebook message from her uncle, who is a retired military vet. He asked how she was doing. She replied with the usual dialog and finally asked what he was up to.

Her uncle replied that is was doing fine and was just wondering what to do with the $90,000 grant money he just received. Surprised, she inquired further. Her uncle told her that he had been referred to a woman on Facebook, Debbie Lizotte, who worked for the

Federal Government and was giving grant money away to qualified candidates. The grant money was being given away to candidates who needed it for medical expenses, home purchases, college tuition, etc. It did not need to paid back.

He said he paid a processing fee of $2,000 and got a check for $90,000. Of course, my wife's first reaction was that the whole thing sounded like a complete scam.

She quizzed her uncle a little more. Remember, this is all happening through Facebook messaging. He indicated that it was not a scam and that he had already received the money. He had paid off some bills and was going to invest the rest. Since her uncle is a man of great integrity, she had no reason to suspect anything other than it must be legitimate. After all, why would her uncle lie?

Her uncle then sent her a link with instructions on what to do. The contact was a Federal Government Agent named Debbie Lizzote, who was in charge of the government program.

My wife thought... what the hell, I'll see what they have to say. She friended the lady on Facebook, per her uncle's instructions, and received a direct message back saying "How can I help you?" She indicated she was interested in their Federal Grant Program. Debbie Lizotte then asked for her name and address so she could verify if she qualified for the grant program.

My wife gave a false name and address, to see what was going to happen. She then got a reply back that indicated she was a qualified candidate for the program, but they would need some additional information. They asked for the following:

Most of you are thinking right now this is a total scam. But remember, her uncle referred this person and indicated this was exactly what he did and got the money. My wife gave them the info ensuring everything was false.

Next, they asked which level of grant money she would like to apply for:

Playing along, my wife applied for the $150,000 grant. They then indicated they would need the clearance/processing fee of $3,000 to start their paperwork and get her the grant. She would need to make payment out to:

My wife indicated this was not a correct address, to which Ms. Lizotte replied, she should go to Walmart or a Money Gram store to wire the money directly. It was at this point that my wife replied back that that they were a bunch of scam artists and they should be ashamed of themselves.

After that, she could not reply back to them and all communications was shut down by the opposing party.

How Did They Do This?

Essentially, these scam artists hacked my wife's uncles Facebook account and sent direct messages to his connections. Presumably family members in his list. When someone interacted back, they acted like they were her uncle, tried to gain her confidence in what they were doing and direct them on how to get the grant money.

I did a quick search for Debbie Lizotte and found her Facebook page. (It may have been taken down by now) 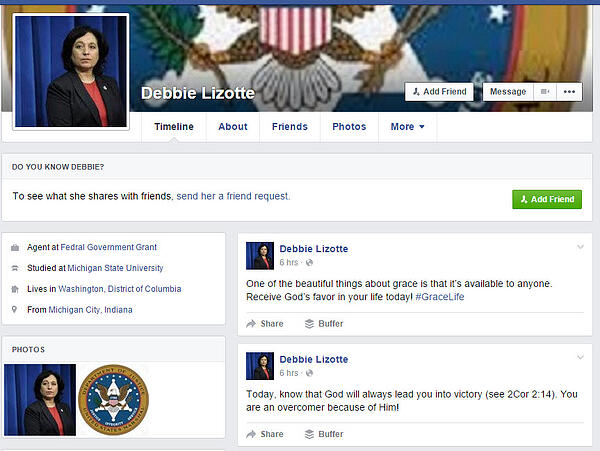 No friends and a dubious cover page image. I did a quick search of her profile picture and found out the woman in the photo is most likely, Michelle Leonhart, the head of the DEA!

In our case, no harm done. But if you are elderly and are believing you are communicating with an actual family member, you could get taken for a ride! It's not just WordPress security issues that you have to worry about, Facebook it seems is the next big target. The names of the scam may change, but look out for the same tactics!